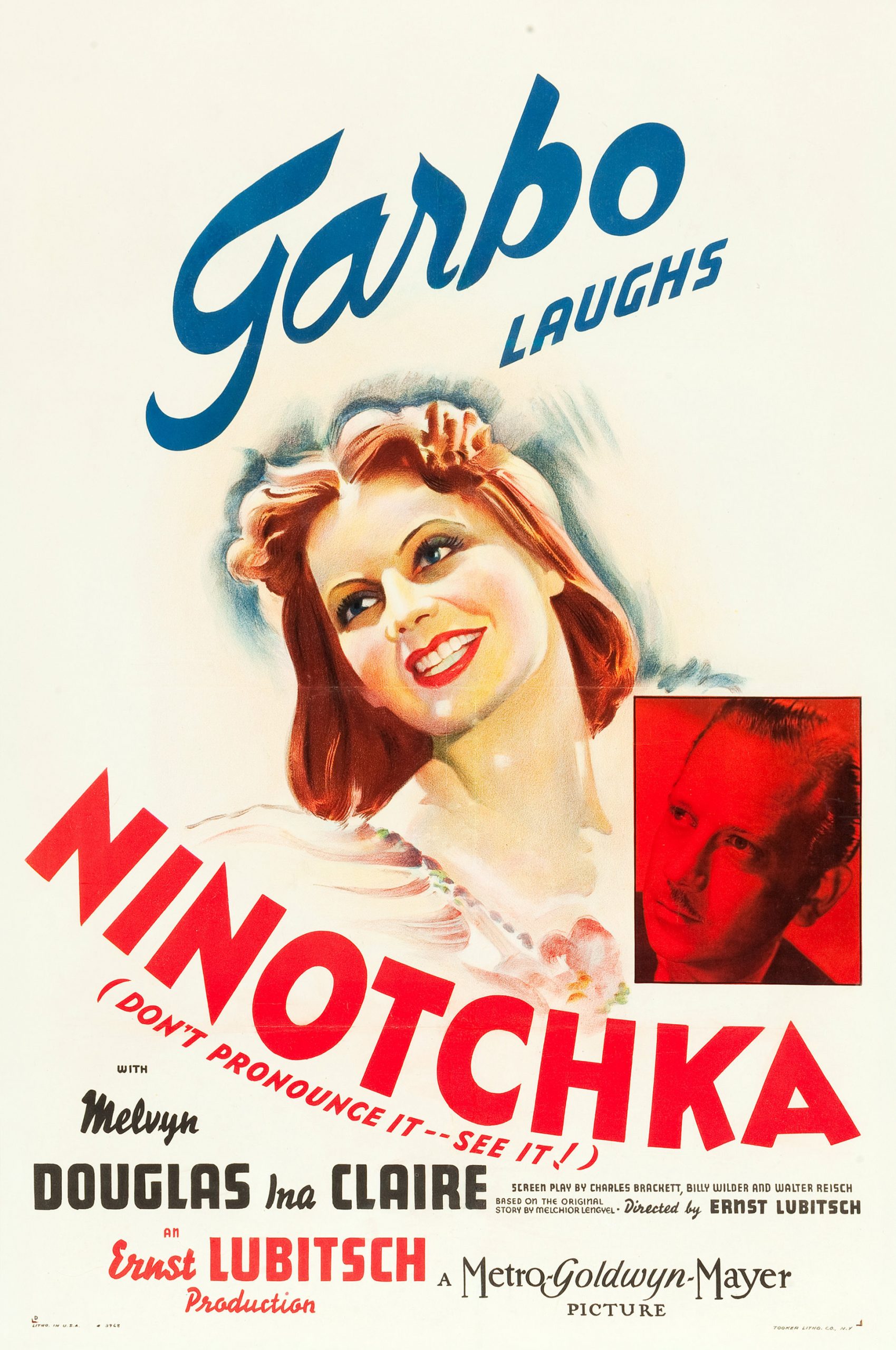 This is a romantic comedy has some of the most important names in Cinema History – director Ernst Lubitsch, the mysterious Greta Garbo and in the screenplay another great one, Billy Wilder. Three soviet agents arrive in Paris to sell the stolen jewellery of the aristocrats after the Russian Revolution in 1917.

This comedy is, in fact, Garbo’s second last film. She leaves the industry suddenly in 1941. With 3 Oscar nominations, one of them for her role in “Ninotchka”, and never winning one This true myth of Hollywood was acknowledged with an Honorary Oscar in 1955.