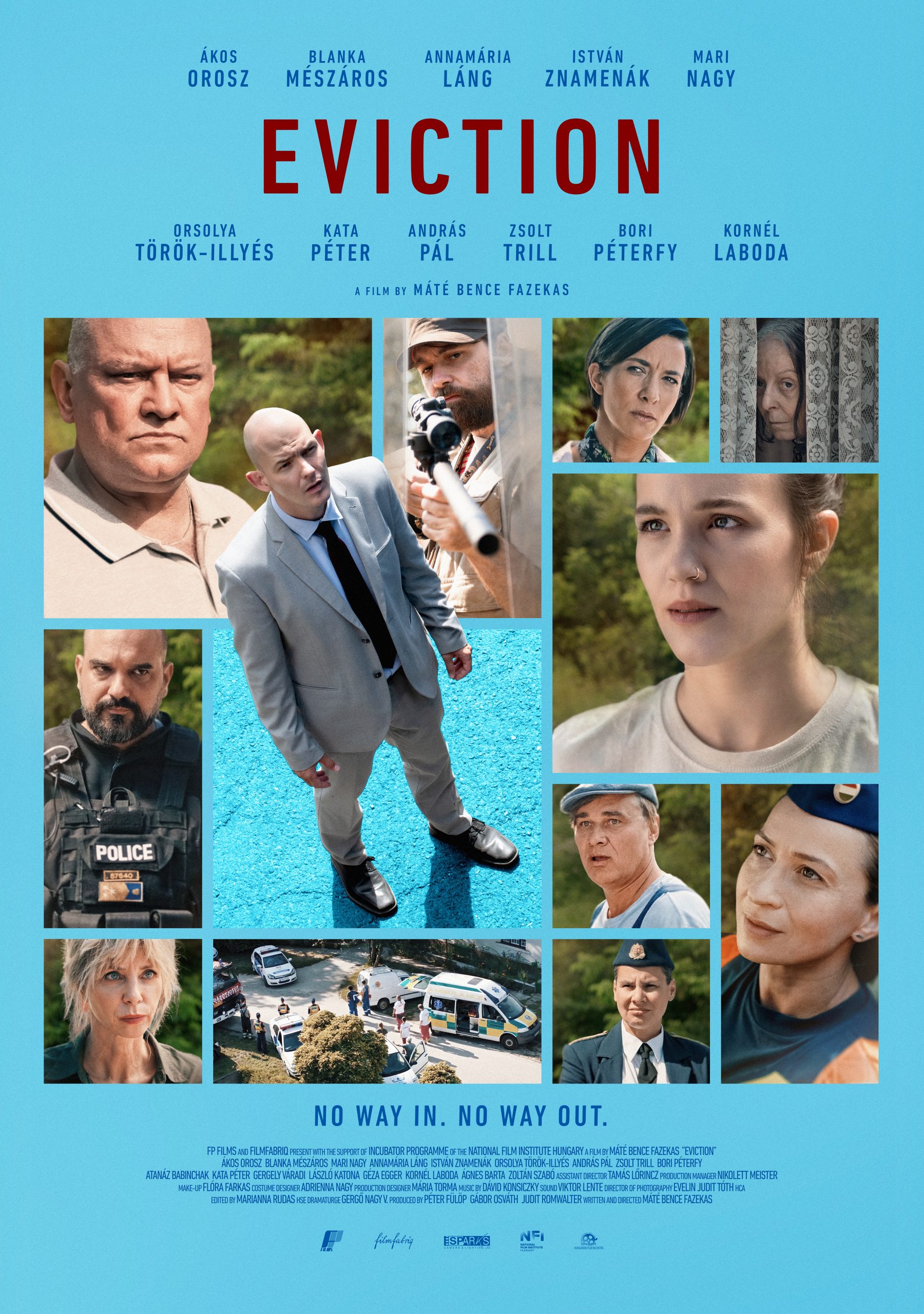 Richard, an ambitious young court bailiff gets his first case: the eviction of an old lad who refuses to leave her home. But on the day of the eviction, the lady will not leave the house and threatens to blow herself up if he enters. A routine task becomes a city event with all forces envolved and with bureaucracy preventing any action. All authorities are brought in and Richard loses control. First feature by director Maté Fazekas.

He studied at Elte University in Budapest. As a screenwriter and director, he worked on TV on Hungary’s most popular and longest-running TV series and developed a project for HBO. He directed “Dad’s Heart” (2019) a short film. “Eviction” is his first feature.